canada.realigro.com is the first worldwide real estate search engine where you can look up listings of homes for sale in Canada

Property for sale in Canada

If you are looking for a property for sale in Canada it is important to know all information about this very big country. Canada is a North American country between the United States to the south and the Arctic polar circle to the north. The main cities are Toronto, Vancouver on the west coast, Montreal, the city of Québec where French is spoken and finally the capital Ottawa. The infinite natural areas include the Banff National Park with its many lakes and located in the Rocky Mountains. In Canada there is also the famous complex of the impressive Niagara Falls.

Canada is the second largest state in the world and its border with the United States of America is the longest in the world separating two states.

Canada beats the US in size and, above all, in quality of life. If one overcomes the psychological and other barrier of the cold, in fact, the country is the best in the world in which to live and in which buying a property for sale in Canada : according to the annual survey by U.S. News in partnership with Y & R's Bav and Wharton.

The research analized some indicators and Canada wins the gold medal  thanks to different factors: economic stability, the excellent labor market, safety, the public education system, the public health system, a very interesting portfolio of property for sale in Canada and the fact of being "family friendly" ". But in which cities do you live better within this huge country? Where is better to purchase a property for sale in Canada? Vancouver and Toronto are the best cities to live in North America, followed by two other Canadian cities. However, better quality of life does not mean being cheap: the big Canadian cities are anything but cheap, compensated by the fact that the salaries are however adequate to the costs.

Examining in detail the data of the residential real estate market of the city, the series of uninterrupted price increases from 2010 to today is immediately evident.

The highest price increases are those in condominiums and the biggest increase is recorded in the studios and apartments with a 24% increase in sales prices of property for sale in Canada.

One of the peculiar characteristics of the Toronto real estate market is that less cost the apartments and more time remain in the market. One of the most expensive areas is the one in the north of the University, between York and Rosedale, where there are villas with parks and pools for over 13 million Euros; surrounded by thousands of meters of parks and gardens touch a slice of the narrow market, but not so far from the "average" budget of the resident in Toronto. Returning to the apartments, the highest figures are paid for those newly built in the Downtown Core skyscrapers.

More news on the real estate market
Other 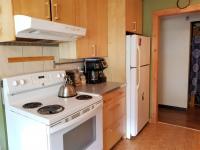 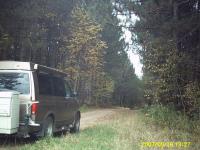 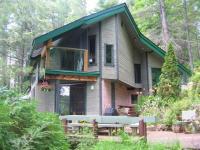 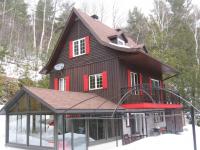 461,526.81USD
For sale
Farmhouse
133.97 m²
A true haven of peace located at the prestigious 7th lake more precisely in the Bay of the Devil, more than 300p. from shore, intimate and secluded gr...
Add to favourites Details
REALIGRO FREE ADVERT
1 / 4

» Show more
Why choose Realigro?
There are many reasons for choosing Realigro. We summarized them in this beautiful infographic
Free
and Premium Services Check out how easy it is to sell or find your home with our Free and Premium services
Professional Services Discover how to increase your business opportunities
Collaboration between Property portals Do you have a property portal with a nationwide focus? Publish your database on Realigro.
Property for sale
Property for rent
» Other
2005-2021 REALIGRO REAL ESTATE LTD. All Rights Reserved - VAT Nr: 893969932
Neikos Digital Agency
BB